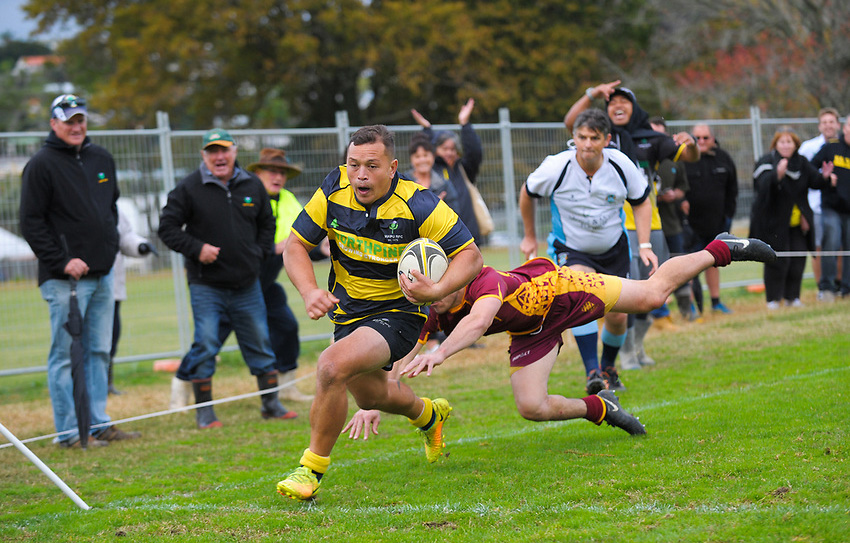 Northpine is the naming rights sponsor of both Waipu senior men’s teams in the NRU’s South Zone Club Rugby championship.

‍
Following the disruption to the 2020 season caused by Covid-19, a shortened (9-week) edition of the Premierships was agreed and began on 20 June, with the top two sides making the Final scheduled for 22 August.

Standings after 8 rounds for both Senior Men’s comps are here:

THE SEASON SO FAR

v Wellsford: Northpine Waipu Premier Reserves were beaten by a good, skillful Wellsford team.The effort was noteworthy but Wellsford played the better rugby on the day. The Premiers played some good flowing rugby against a very strong Wellsford unit -including no less than six Northland reps. Northpine Waipu were dominant upfront with props Sam Manako and Mike Tuiloma setting the platform, along with Jake McClure at lock, and it meant the big Waipu pack could get good momentum. This saw the backs, led by Wiseguy Fiane and Philip Manako, have good front-foot ball and the midfield sliced the Wellsford defence to pieces. A terrific win and start to the season.

v Mid Northern: the Reserves fought hard in very boggy conditions and their efforts were gallant. Maika and Tamati Abel both played well in a beaten side. The Premiers, with six players out, we’re going to need to test their depth against an in-form Mid Northern. The forwards had a good ding-dong battle in the mud, and Sai Uluinakauvadra and Popoai Finau stood out. The MN backs, however, cut the Waipu defence to ribbons. Sam Abraham at halfback was the shining light in the Northpine Waipu backline.

v Kerikeri: the Reserves had their first win for the season against a good Kerikeri side. It was a great team effort with Finn Duffes leading from the front and Ben Macken standing out with three tries. The Premiers needed to bounce back after the defeat to MN and did so, but in a very tight contest. It wasn’t until the last 20 mins where Waipu got their nose in front and ended up winning by 14 points.Wiseguy Fiane played a pivotal role in the backs and Phillip Manako was outstanding in the midfield - his power and speed was dynamic. Sam McNamara led from the front in the pack and showed his class defensively and with ball in hand - as did the tireless Sean McCully at hooker and Sai Uluinakauvadra (7)and Ricks Momoedonu (6).

v Old Boys Marist  - Premier Reserves recorded a gutsy win(13-0) against a quality opponent whose pack played very well. Keeping them scoreless was a very good effort. The Premiers had an ‘ugly win’ with OBM putting Northpine Waipu under pressure throughout and led 20-17 with just 5 or 6 minutes to go. Waipu guilty of playing ‘million-dollar footy’ too often when back to basics would have been a better option. Hero of the hour for Northpine Waipu was #10 Wiseguy Fiane, who scored (and converted) the match-winning try under the sticks. Final score 24-20 ti the defending champs, Northpine Waipu.