Northpine produces a range of machine stress graded structural products for residential and commercial construction as well as a complementary range of outdoor products including decking and square posts. The structural products are available in SG8 but can be manufactured to SG10 and even SG12 by forward order. Packets of timber are available in various lengths and treated to different hazard classes depending on intended use.

Northpine operates its own timber treatment plant on site and produces products to H1.2, H3.2, H4 and H5 hazard classes. Other treatments can be arranged through external providers.

All products are manufactured from sustainably grown Radiata Pine sourced from the north of New Zealand.

“Northland radiata pine is stronger and denser than pine grown in other parts of the country because the cell walls are thicker. This is partly due to the good growing conditions in autumn and winter.
It means our pine forms the basis of a top quality structural product for housing construction.”

“This trend of wide variations in bending stiffness within a single visual grade confirms the view that you cannot determine timber strength or stiffness just by looking at it. That’s why Northpine has a rigorous machine stress testing regime that is independently verified by Grade Right. Our products are also BRANZ-Appraised.”

Northpine has a commitment to quality performance that underpins every aspect of its operation – from production to despatch, workplace health and safety, staff training and customer service.

The quality of all pine processed at Northpine is rigorously tested, with structural timber acoustically graded in process and samples placed under stress to ensure each batch of timber meets New Zealand Standard requirements.

What the science says

A 1991 study conducted by the Forest Research Institute (FRI) demonstrated, in essence, that the further north in New Zealand the timber comes from, the denser and stronger it is. A further study by FRI in 1997 then showed conclusively that visual grading (ie using the NZ grading rules No1 Framing), gave different performance characteristics depending on which region the timber came from.

The result showed that out of the six regions tested, only two met the actual requirements that the visual grading was designed to achieve. One of these regions is Northland.

Density is closely related to timber stiffness and strength. Northland wood is in the highest density zone. 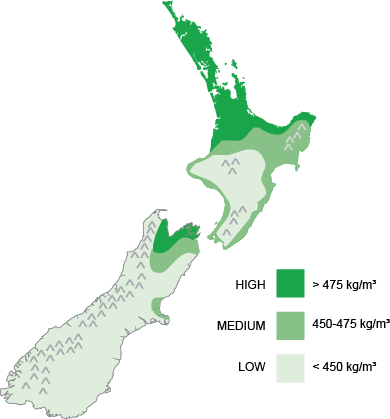 The result showed that out of the six regions tested, only two met the actual requirements that the visual grading was designed to achieve. One of these regions is Northland. 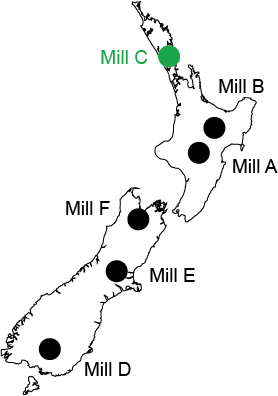 (mean density at 1.3m above ground). Northland wood is included in the
Auckland area, and is significantly higher than other areas. 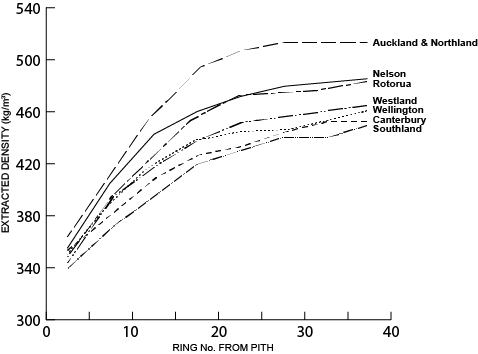 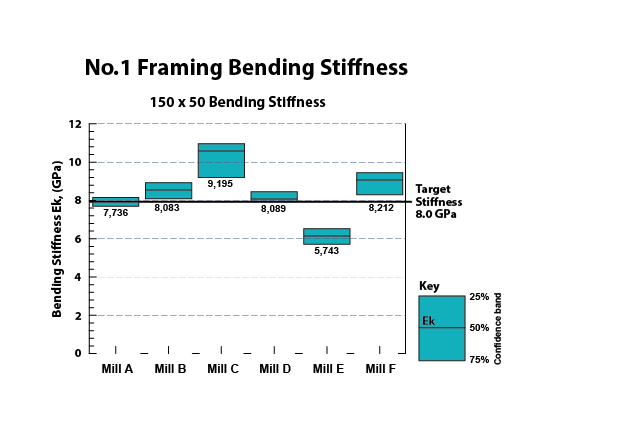 The image below shows characteristic bending strength for this sample of 150x50 timber. Mill C (located in Northland) is consistently the highest rated producer. 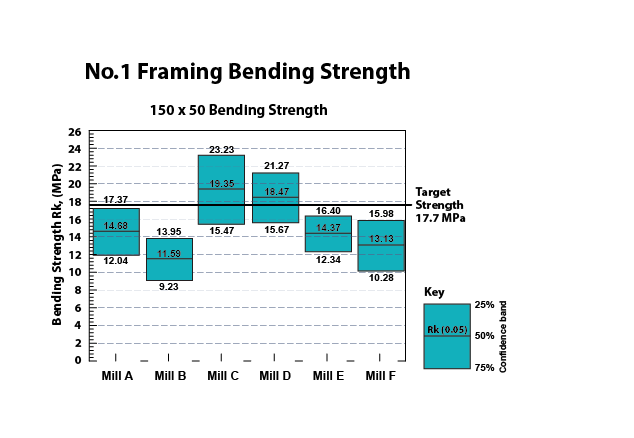